Treasures from the Vault: Featuring the Carl Klenk collection 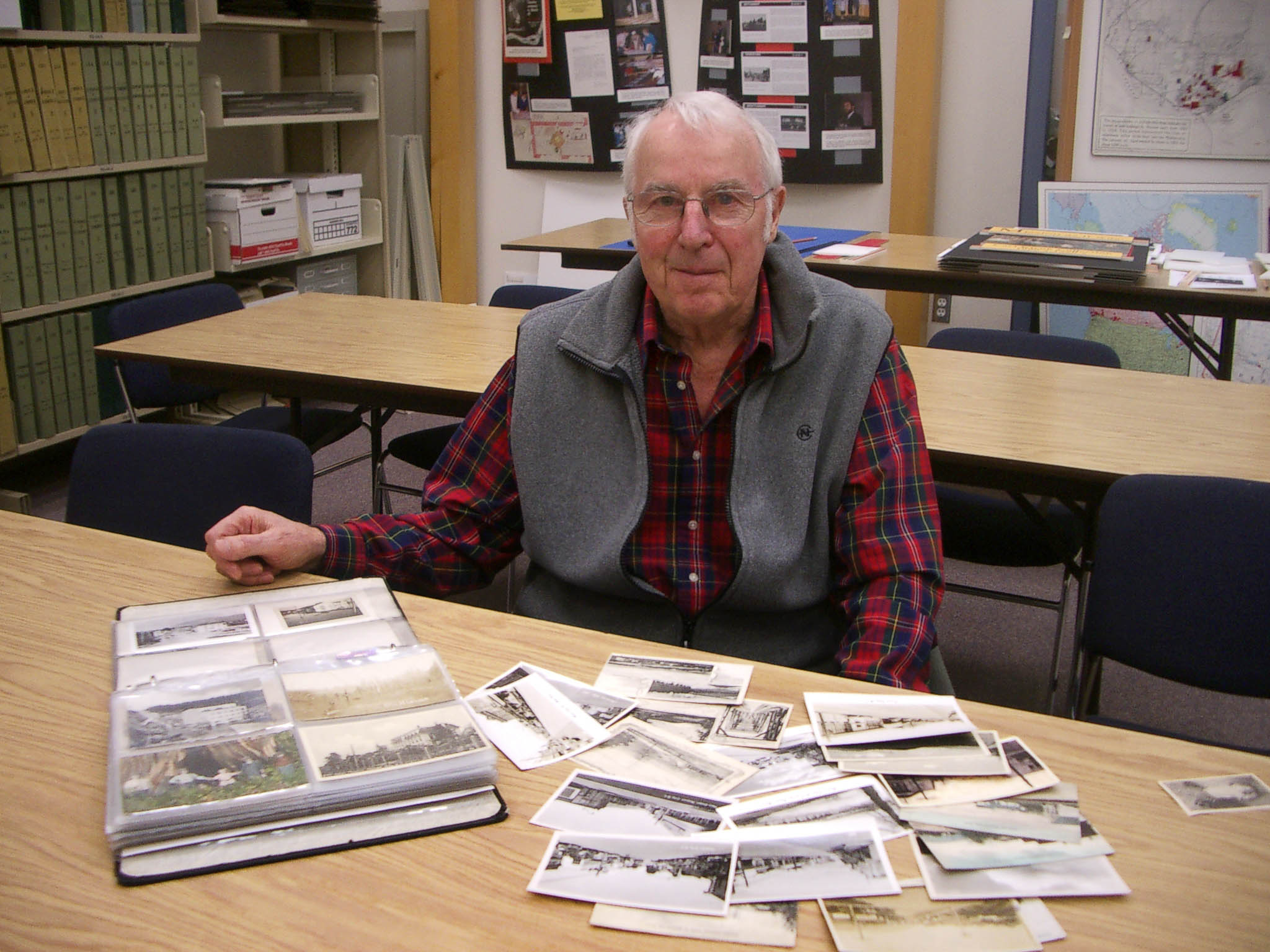 Carl Klenk was born and raised on a farm in Saskatchewan. In 1946, at the age of 17, he moved to Mission with his family and lived on the south side of Main Street at the foot of Stave Lake Road. At this time he developed his life-long interest in collecting postcards.

After working for various logging companies in the area he started his own business in 1954. Shortly after that he married (1955) Iris Boyd and they moved to the Caribou where he continued to operate his business and start a family. Following several other moves, they came back to Mission in 1964 and Carl retired six years later.

In 1979, Carl and his wife moved to Seattle where he lived for the next 15 years. While there, he began to earnestly collect old postcards and photographs. He joined the Seattle Postcard Club and the Vancouver Postcard Club where he both purchased and sold postcards. He also acquired postcards at old antique stores, photographic club shows and swap meets.

In 1995, Carl moved back to Mission where he continued to add to his collection over the next twenty years and in 2006, met with the Archivist to discuss arrangements to preserve them. In 2016, he received a Special Heritage Award from the Mission Community Heritage Commission in recognition for his substantial contribution to Mission’s heritage by collecting and preserving his postcards in the Mission Community Archives to ensure their accessibility for present and future generations. He died on January 29, 2020.

Starting in 2006, Carl Klenk began donated his collection to the Mission Community Archives to ensure its safe-keeping and availability for present and future generations. Accruals were received in 2011 and 2016.

Spanning more than six decades, the Carl Klenk postcard collection was collected between 1947 and 2015. It is comprised of 870 black / white and color postcards providing a visual record of Mission and communities in the lower and upper Fraser Valley, including: Dewdney, Harrison Hot Springs, Hatzic, and Nicomen Island. Of note in the collection is more than 40 postcards of Mission’s most storied street – First Avenue, originally called Washington Street.

Digital Repository Carl Klenk Collection
Scroll to top
This site uses cookies. By continuing to browse the site, you are agreeing to our use of cookies.
Accept Settings
Manage consent

This website uses cookies to improve your experience while you navigate through the website. Out of these, the cookies that are categorized as necessary are stored on your browser as they are essential for the working of basic functionalities of the website. We also use third-party cookies that help us analyze and understand how you use this website. These cookies will be stored in your browser only with your consent. You also have the option to opt-out of these cookies. But opting out of some of these cookies may affect your browsing experience.
Necessary Always Enabled
Necessary cookies are absolutely essential for the website to function properly. These cookies ensure basic functionalities and security features of the website, anonymously.
Functional
Functional cookies help to perform certain functionalities like sharing the content of the website on social media platforms, collect feedbacks, and other third-party features.
Performance
Performance cookies are used to understand and analyze the key performance indexes of the website which helps in delivering a better user experience for the visitors.
Analytics
Analytical cookies are used to understand how visitors interact with the website. These cookies help provide information on metrics the number of visitors, bounce rate, traffic source, etc.
Advertisement
Advertisement cookies are used to provide visitors with relevant ads and marketing campaigns. These cookies track visitors across websites and collect information to provide customized ads.
Others
Other uncategorized cookies are those that are being analyzed and have not been classified into a category as yet.
SAVE & ACCEPT